When Ravens wide receiver Devard Darling left M&T Bank Stadium on Dec. 30, there was an added hop to his step.Not only had the Ravens defeated the Pittsburgh Steelers in the season finale, but Darling had capped off his best year to date with a memorable performance.


When Ravens wide receiver Devard Darling left M&T Bank Stadium on Dec. 30, there was an added hop to his step.

Not only had the Ravens defeated the Pittsburgh Steelers in the season finale, but Darling had capped off his best year to date with a memorable performance. In his first-career start, the receiver pulled in three passes for 49 yards, including a 15-yard touchdown that had turned out to be the game winner.

But amidst the post-game hype surrounding his play, Darling's excitement was geared toward something else. More important than the six points he had put on the scoreboard was the six-pound fan awaiting him at home.

"It's a very vital, very important time for me," Darling said. "I'm just thankful to the Lord that he gave me the opportunity to be a father."

On the Wednesday leading up to the Ravens' final contest, media members had speculated on Darling's absence from practice. It was revealed the next day that he was with his wife, Cicely, who gave birth to Devard Darling, Jr.

"It's perfect," Darling said in regard to the timing of their son's birth. "We kind of planned it that way. I get to spend a lot of time with him and especially through these crucial first months, it'll be good."

Officially 6 pounds, 14 ounces and 20 inches at birth, "D.J.," as he is called, has been the focus of Darling's life this offseason. With the Ravens' 2007 campaign coming to an end earlier than expected, the receiver has been able to devote even more time to his son.

"I just want to do my best with it and guide him in the right way," the new father said.

For Darling, this will involve a parenting process rich with family heritage.

A native of the Bahamas, Darling stands out among fellow teammates for his distinctive voice and easygoing persona. He plans on passing along the island culture to his son, who is sure to connect with his family's roots.

"That's a part of him that's most definitely going to be a huge part of his life," Darling explained. "Even though he was born over here, he's a Bahamian in my eyes. As soon as he gets big enough and acclimated to everything, we'll do some traveling so the family can check him out."

For the time being, however, the Darlings will remain in Baltimore while the wide receiver prepares for next year.

"We're going to stay right here for awhile, especially with this being my contract year and figuring what our next step is and what the Lord has in store for us," Darling said.

After Darling's breakout year, that future could involve great things.

Having only amassed two catches in three seasons with the Ravens, the wideout reeled in 18 passes for 326 yards and three touchdowns in 2007. Appearing in all 16 games, Darling became a fixture on the Ravens' offense and was another downfield target for Baltimore's quarterbacks.

"It doesn't surprise me at all that he had such a great game," quarterback Kyle Boller said after the Ravens' 33-30 loss to the Cleveland Browns on November 18. "He just adds an extra threat to what we have."

"I knew once I got the opportunity, I'd show what I could do," Darling said. "I try to take advantage of every play, so hopefully everyone sees that I can play and be a very productive receiver in this league."

In 2006, Darling trained with wide receiver Derrick Mason in the offseason, something he hopes to continue this year. Through track workouts and other exercises, he expects to improve his speed and stamina and keep his body in top shape. After his performance in 2007, he has proven that he can be potent weapon on the field.

As for his hopes off of it, Darling has his own expectations.

"I just want to be an example for my son, so he can learn from my mistakes and the things I don't do," Darling said. "I want to be the head of the house for him and be the man that he needs me to be."
发帖者 lisa blogger blog 时间： 22:43 没有评论: 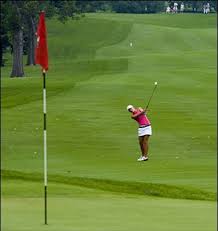