We appreciate the values, leadership and unique skills service members bring to the workforce and will encourage opportunities to hire Guardsmen, Reservists and Veterans.GE joins thousands of Americaâ€™s employers in pledging:
Continually recognize and support our countryâ€™s service members and their families in peace, in crises and in war.
Fully recognize, honor and enforce the Uniformed Services Employment and Re-Employment Rights Act (USERRA).
Ensure that managers and supervisors will have the tools they need to effectively manage those employees who serve in the Guard and Reserve.
Mr. McGinnis said, â€œToday, supportive employers like GE are critical to maintaining the strength and readiness of the Nationâ€™s Guard and Reserve units. GE leads the way in ensuring their human resource policies go above and beyond by incorporating policies supportive of Guard and Reserve service. For example GEâ€™s support complements military service, providing pay differential to offset the loss of wages, and extending health care benefits while their employees are mobilized.â€
McGinnis continued, â€œGE has consistently shown broad support for its service member employees, evidenced by the numerous Department of Defense awards they have received, including the prestigious Secretary of Defense Employer Support Freedom Award, the Nationâ€™s highest award for supportive employers. Todayâ€™s signing guarantees strong support for employee service in the Guard and Reserve into the future.â€
GE Vice Chairman and Chief Financial Officer, Keith Sherin noted, â€œVeterans and reservists work ethic, leadership, and, most of all, integrity, make them a natural fit in GEâ€™s culture. We are proud to employ more than 10,000 veterans and reservists. Right now nearly 100 GE employees are on active duty. We support them and look forward to welcoming them back.â€
GE joins a cadre of Fortune 500 companies, state and federal agencies and thousands of Americaâ€™s employers in demonstrating support for the armed forces. Mr. McGinnis concluded, â€œBy signing the Statement of Support, Mr. Sherin sends a clear message to the employees of GE that while serving their country, they do not have to worry about their civilian jobs.â€
GE offers exceptional benefits to employees when called up to active duty including:
Salary differential to ensure employees maintain the same salary level when on active duty as received when at GE for 36 months of deployment.
Continuation of healthcare benefits for dependents allow GE employeesâ€™ families continued healthcare coverage while deployed.
On Monday, GE also announced a commitment to hire 5,000 veterans over the next five years and to join twenty-two other companies as a sponsor of the U.S. Chamber of Commerceâ€™s â€œHiring our Heroesâ€ program which is planning 400 veteransâ€™ jobs fairs in 2012. In addition, members of GEâ€™s Veterans Network, an internal network of veterans working for GE, will offer resumÃ© and interview transitional training at 50 of those career fairs.
For more information on GEâ€™s support for veterans and reservists please visit: www.ge.com/military
About GE
GE (NYSE: GE) works on things that matter.
发帖者 lisa blogger blog 时间： 20:34 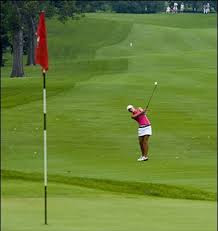